Why Do Judges Wear Black Robes?

I often sit and question the absurdity of the American justice system.  Everything from the drug war, private prisons, the role of police, to seat belt laws are subjected to my scrutiny.  Today I will discuss our court system, in particularly, judges.  I find it demeaning that we have to look up, and plead our innocence, to a man that is dressed in a costume. A question that I never seem to receive an answer to is, why do judges wear black robes, and not regular clothes like the rest of us?  I did some research, and this is what I have come across.

Most researchers seem to agree that it is difficult to trace the origins of when judges started wearing black robes.  In America, we know it can be traced back to British aristocracy, a system that ensured that the most privileged have the highest positions of power. Thus judges had to dress as representatives of their privilege, wearing robes made of the fur of weasels called ermine.  Some researchers seem to believe the black robe trend started when all of the judges in England attended the funeral of Queen Mary II in 1694. They all wore black, the color of mourning, and since the mourning period lasted a few more years after Mary's burial, the custom of wearing black robes became entrenched in the English judiciary.  But the work of Karen Michalson, disproves this theory, and shows that judges were wearing black robes before this date. 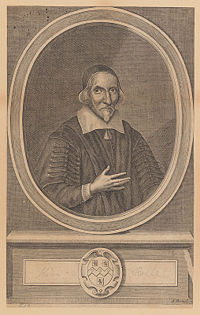 Henry Rolle, Chief Justice of the
King’s Bench (1668 engraving
by A. Hertochs)


Interestingly, "after the American Revolution, Thomas Jefferson and others favored eliminating judicial robes, because their association with the British aristocracy", but it was John Adams that wanted to keep the British system of robes and powdered wigs.  He got the robes, but no powdered wigs.

The National Center for State Courts connects the black robes of judges back several centuries to "scribes at monastic schools wore hooded robes—a tradition going back to the Roman toga. At European universities during the Middle Ages, where the study of medicine and law were flourishing, scholars (most of who were heading for the priesthood) would wear flowing garments."

Occult researcher Jordan Maxwell traces the black robes to Freemasonry and other secret societies that have existed for centuries, if not longer.  He connects the black robes of judges, to the gowns we wear when we graduate school, another puzzling choice of attire that most people can't explain:


“When you graduate from high school you come out processionally with a black robe, which is black for Saffron, the God of the Hebrews, requiring that you wear the square mortarboard on top of your head.

Also, the NCSC connects the gavel used by judges to Freemasons, and it being used in Masonic lodges, dating back to the 1700s.

In conclusion, the role of judges seem to be more than an impartial party serving justice, they appear to be a secretive organization of aristocratic elite that operate above the law, but most of us already knew this.
Posted by Connecting The Agenda at 7:28 PM