On Saturday, the White House released a photograph (above) of President Barack Obama skeet shooting at Camp David last August after some Republicans expressed doubts that the Democratic president had engaged in the activity.  Interestingly, along with the picture, the White House added a warning label that warned people not to manipulate, aka photoshop, the image.  Naturally, this lead to many photoshopped images of the President skeet shooting to go viral.  There are reports that Obama is 'furious' over the skeet shooting photoshopped pics, but I don't believe that.  Did Obama really not know people were going to photoshop the pic, after he told them not to?  There is some reason, that I have yet to discover, as to why the White House really released this picture.  Anyway, a funny/interesting critique of the way Obama handles his weapon can be read at Lame Cherry, other than that, here is a collection of the best photoshopped pictures of Obama skeet shooting, that I have come across: 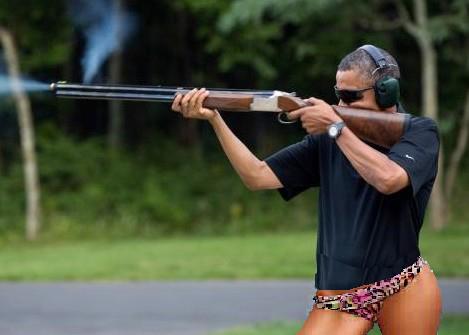 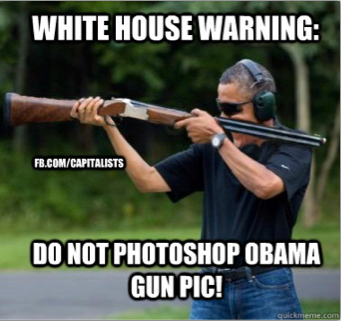 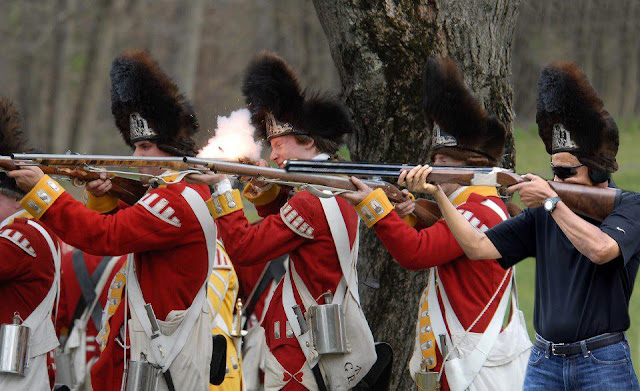 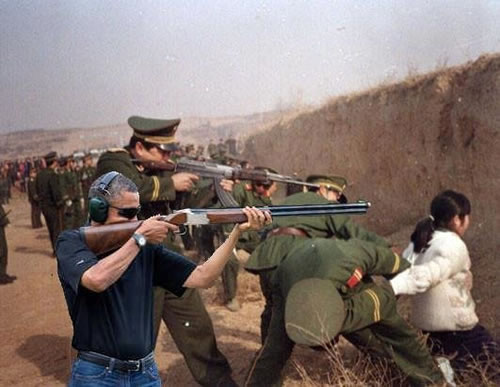 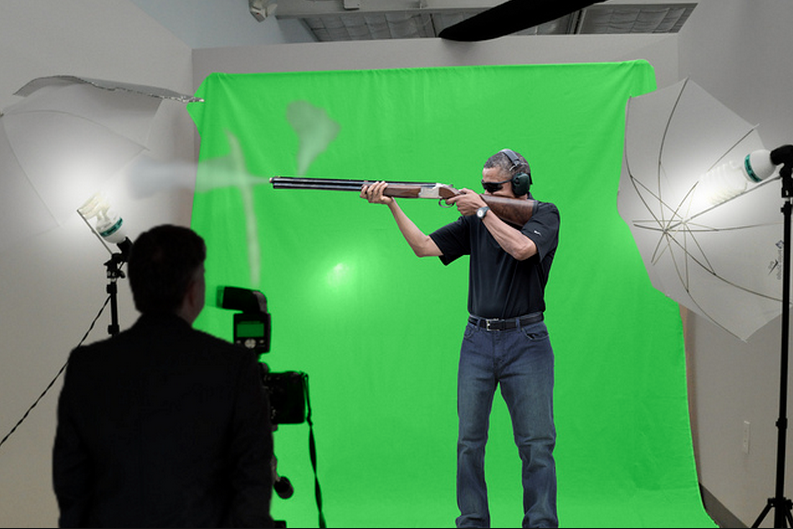 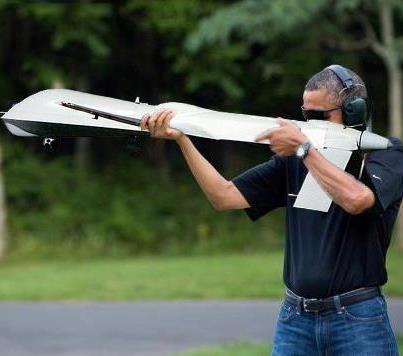 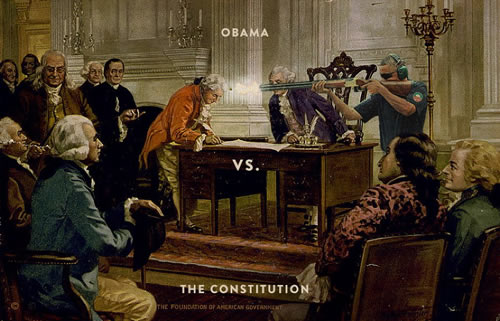 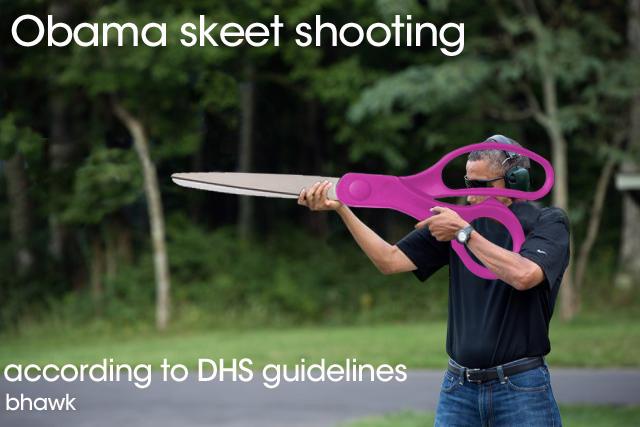 Link: Advice From The Department Of Homeland Security: "If Attacked By A Shooter, Grab Some Scissors" 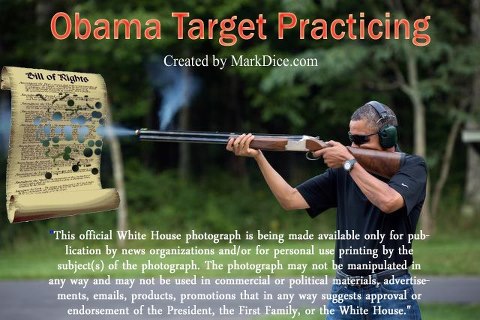 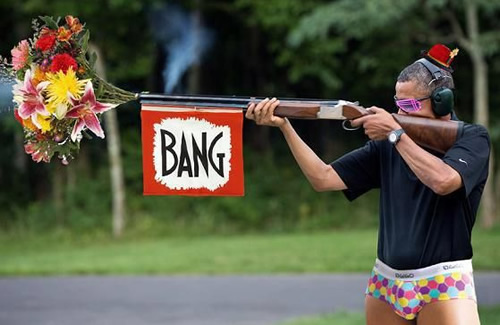 Posted by Connecting The Agenda at 7:05 PM