You have probably never heard of The Tri-State Transportation Campaign, but if you live in Connecticut, New York, or New Jersey, you should start doing your research.  This group states that their mission is to reduce car dependency in the tri-state, but upon deeper examination, we learn how this seemingly virtuous goal, and organization, is actually part of a much larger nefarious plan, which originated at the United Nations, known as Agenda 21.

Without diverging to far from our examination of The Tri-State Transportation Campaign (TSTC), it is important for the reader to have an understanding of what Agenda 21 is.  There are many resources available online, and in print, to help a person become familiar with "United Nations Agenda 21", and I highly encourage everyone to do their own research.  In short, Agenda 21 can be described, as one expert has stated, as "the action plan implemented worldwide to inventory and control all land, all water, all minerals, all plants, all animals, all construction, all means of production, all energy, all education, all information, and all human beings in the world."

To control the world, which essentially is what the Agenda 21 plan is, the United Nations must first usurp the sovereignty, or decision making power, of each individual country, state, county, city, and town.  This is done slowly, and incrementally.  The United Nations agenda comes into your local area through various NGO's (Non Governmental Organizations) and non-profit organizations, like The Tri-State Campaign, each assigned with a task of implementing a small part of Agenda 21, by influencing legislators, and effecting changes in local law, rules, and regulations.

We will see how The Tri-State Transportation Campaign's mission to "reduce car dependency", is really Agenda 21's mission to, as Rosa Koire, author of "Behind The Green Mask: U.N. Agenda 21", puts it, force people out of their private cars, and onto their bikes.

If the The Tri-State Transportation Campaign was just made up of a bunch of people that thought cars were ruining the earth, that people should be walking, or using a bicylce, more than they are right now, and the way they pushed their belief was to set an example, by walking, or biking, or attempting to educate the public, through pamphlets, videos, literature, etc., I would have no problem with this organization.  The problem with The Tri-State Transportation Campaign is that they believe we should be FORCED out of our vehicles, instead of persuaded.

The Tri-State Transportation Campaign is constantly lobbying the Connecticut state legislature, to implement rules, regulations, and programs, that would make it more difficult to own, and operate, a vehicle in the state. The Tri-State Campaign has lobbied the state to implement red-light cameras, a massive revenue generating operation, that one judge in Ohio called "a SCAM that motorists can't win".  The TSTC has also teamed up with the Connecticut Sierra Club, to push for tolls to be put up on "all Connecticut Interstate Highways and the Merrit Parkway."

The controversial plan to build a New Britain to Hartford Busway, known as CT Fast Track, was also supported by The Tri-State Transportation Campaign.  The stated goal of implementing this busway is to take 18,000 cars off of the road, every day, which, according to TSTC, "will reduce traffic congestion, carbon emissions and greenhouse gases dramatically."  That sounds nice, but do you plan on giving up your car, to take the bus everywhere?  I know I don't.  So how are they going to get 18,000 people to stop driving, and take the bus?  The Tri-State Campaign, and the rest of the organizations pushing Agenda 21, plan to FORCE you out of your vehicle, by making it increasingly difficult, financially, to own a vehicle.

Interesting to note, in relation CT Fast Track, according to The Tri-State Transportation Campaign's own blog, "TSTC sponsored a trip for local and state officials from Connecticut to check out other areas of "Transit Oriented Development", to promote the CT Fast Track."  This was the second such trip sponsored by The Tri-State Campaign.  The article doesn't state which Connecticut officials went on this trip, or what services TSTC provided to these officials, but the fact that a group like the TSTC, that is constantly lobbying the state legislature, is sponsoring trips for state officials, doesn't seem right to me.

One sample area shown to the unnamed state officials was Lowell, Massachusets, where "smart policies have helped", according to the TSTC.  The goal of this project is to "maintain the walkable environment", meaning "the city basically take[s] parking out of the development equation", according to Assistant City Manager Adam Baacke.   In the city of Lowell, "No parking is required for non-residential uses in downtown."

As you can see, they are pushing policies that are making it more difficult for you to get around, with your own personal form of transportation.  You are being forced out of your vehicle, not persuaded.

In 2008, The Tri-State Transportation Campaign, along with a broad coalition, won passage of "complete streets" legislation in the city of New Haven, which includes a section about working with the police to increase traffic tickets, increase narcotic seizures, and recover stolen firearms.  To understand how "complete streets" is part of an overall plan to force you out of your vehicle, just read the city of New Haven Complete Streets Design Manual, adopted September 7, 2010.  Here are some telling excerpts: 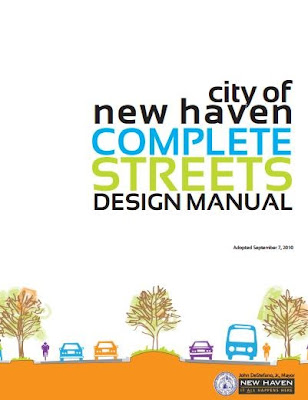 It is important to note that the South Central Regional Council of Governments, is a group of unelected bureaucrats, making decisions that directly effect your local neighborhoods.

The most obvious way to tell which agenda The Tri-State Campaign is pushing, is by looking at who is funding their operation.  Financial supporters of the TSTC are listed on the "Campaign Supporters" section of their website.  I have connected many of these supporters directly to United Nations Agenda 21:
Four other organizations, The Energy Foundation, The Rauch Foundation, The Scherman Foundation, and The Surdna Foundation, listed as "campaign supporters" on TSTC's website, are also financial supporters of the infamous, Agenda-21 pushing, organization, ICLEI (International Council for Local Environmental Initiatives), which is a movement "created as a non-governmental spin-off by the United Nations in 1990 to implement Agenda 21 locally across the world. It is a membership organization for cities; 7,807 worldwide as of 2012."  Important to note, The Rockefeller Brothers Fund is also a supporter of ICLEI.

As we can see, this is an extremely organized, well-funded, interweaving, and complex operation, in which the information, and connections, are nearly endless, however, I will continue my effort to document, and expose, these connections, in Connecticut, in relation Agenda 21, and the organizations, and people, forcing this plan into our local communities.

Posted by Connecting The Agenda at 9:32 AM