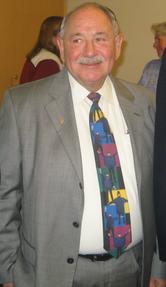 Connecticut State Senator, and former mayor of Manchester, Steve Cassano (D-4th) believes there should be "photographers", taking pictures of people inside of their cars, to make sure they are not using mobile telephones, or other electronic devices.

Senator Cassano introduced Senate Bill 637, "AN ACT CONCERNING THE USE OF TRAFFIC ENFORCEMENT PHOTOGRAPHERS TO RECORD THE ILLEGAL USE OF MOBILE TELEPHONES BY MOTOR VEHICLE OPERATORS", in this years session of the Connecticut legislature.  Cassano believes this bill will "reduce occurrences of distracted driving and any associated deaths and injuries".

I have not found any example, or definition, of what a "traffic enforcement photographer" is.  Though the definition of a "photographer" is a PERSON who takes photographs, I would assume that Senator Cassano is referring to some-sort of electronically controlled camera, similar to the red-light-cameras that have been proposed for use in Connecticut this year, which Senator Cassano was in support of last year, and not some government agent on the side of the road, taking pictures of you, inside of your vehicle.

Based on my quick analysis of available information regarding Senator Cassano, he does not seem to be a friend of liberty.  Aside from this Orwellian traffic enforcement photographer bill, Cassano has "experience and leadership in Regionalization" through his membership in many organizations including, the Capitol Region Council of Governments (CRCOG), the Connecticut Conference of Municipalities, the National League of Cities Advisory Council, and the National Association of Regional Councils. According to the Manchester Democratic Town Committee, the Senator would have been "valuable in consolidating services and regional planning", if, as they wished, Cassano was elected Lieutenant Governor last election.

In my experiences, "consolidating services", and "regional planning" are other ways of saying that Cassano is working to get rid of the decision-making power of local residents, and replace it with another layer, a "regional" layer, of unelected, unaccountable bureaucrats.  Rosa Koire, author of "Behind The Green Mask: U.N. Agenda 21", describes her experiences with "regionalization":


"Regionalization.  If you don't know what it is, you will soon.  It's the interim step on the road to globalization.  The creation of another layer of government, unelected, unaccountable.  A conglomeration of municipalites who are making new laws and goals that supercede their local laws---then they'll go back to the local community and say that they are required to bring their local laws into line.  A manipulation."


The Yankee Institute, who I do not fully endorse but do acknowledge does some good, reviewed 10 of the most contentious bills during the 2011-2012 CT legislative session, to identify pro-free market, limited government legislators.  The list of bills in this analysis included Obamacare for Connecticut, the governors tax hikes, the governors crony capitalism: First Five & the October Jobs Bill, and more.

Each member of the Connecticut General Assembly receives a score from 0 to 10 based on how he or she voted in ten key votes. The Institute selects key votes which "reveal the differences between those legislators that would harness the power of individual liberty and the market to improve lives, and those that prefer a centrally-planned approach." A legislator with a 10 voted in agreement with the Yankee Institute on all 10 votes, while a legislator with a 0 voted against the Yankee Institute's views or was absent for all 10 votes.

Cassano received a score of 0 on the Yankee Institute's Voter Guide for 2011-12, tied with 15 others for the lowest score among the 36 scored members of the Connecticut Senate.  He voted YES across the board.

-  Legislators Pushing Forced Medication In Wake of CT School Shooting - December 22, 2012 (link)
Posted by Connecting The Agenda at 10:24 AM