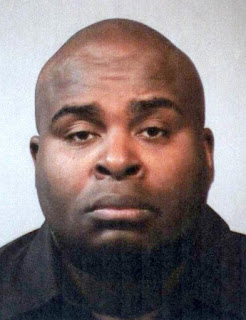 In 2009, Waterbury Police Sergeant, Harold David Setzer, was arrested after five handguns, registered to him, were used in various shootings in New Haven.  When he was confronted and questioned by police he gave one questionable story and then a short time after, came with a different story when he had his 15 year old son, make up a lie, and say one of his friends stole the guns.  When police concluded that this was a lie, they raided his house, and found illegal weapons, as well as an "improvised explosive device".  On Friday, October 26, 2012, at his arraignment, Setzer avoided jail time, and only received three years probation!  He also said he had hoped he could remain a police sergeant “so I could take care of my family.” 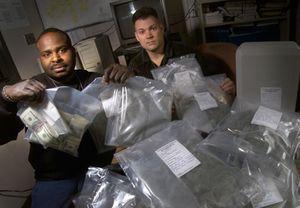 (Harold David Setzer, on left, poses after a drug seizure in 2003.)

This is just another example of the hypocrisy of this justice system.  Harold David Setzer was one of these drug detectives, as seen in this picture above, holding a bag of money that he seized in a drug raid.  These people will raid your house in the early morning, drag your children out of bed with guns to their heads, and even will shoot your dog in the head if it's barking, if they believe you have something as harmless as marijuana in your house.  Meanwhile they get caught involved in all types of criminal activity. 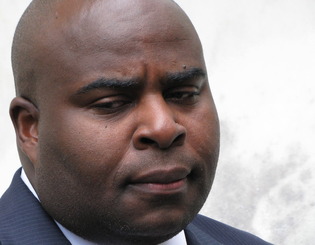 We need to end this drug war, and stop the idea that the government should be regulating what we do to ourselves and our own bodies.  We also need to stop allowing the police, and all government, to be above the laws that they create.  We need liberty.

Posted by Connecting The Agenda at 12:57 PM